DROGBA WINS AFRICAN PLAYER OF THE MONTH AWARD FOR APRIL 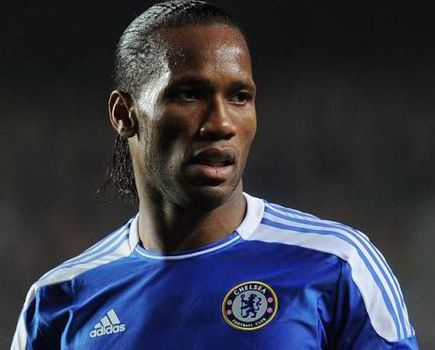 Chelsea’s Ivorian legend Didier Drogba has been named the winner of the English Premier League African Player of the Month of April.

“The support for Drogba was overwhelming”, said Adelakun, who revealed that the Chelsea star was the biggest surprise of the awards programme being run by his organisation thus far.

“Everyone welcomed Didier Drogba back to the Premier League, and to Chelsea, but we all knew he was a 36 year old and never expected much of him”, he said.

“But to have taken up the role of main striker in a big team like Chelsea, at the age of 37, and completing three consecutive 90-minute games, scoring a crucial goal in the process, it is no surprise that his name came up in the shortlist”.

Drogba played all through the game that clinched the Premier League title for Chelsea - against Crystal Palace at Stamford Bridge at the weekend, and he led the celebrations in the dressing room.

“I think he has rewritten the rule book for 37 year old strikers and well worth the award”, Adelakun concluded.

Drogba is the ninth awardee of the NAS Premier League Player of the Month programme that started this season and has had winners like Mame Biram Diouf, Victor Wanyama, John Obi Mikel, Sadio Mane among others, in the course of the season.

His award will be presented to him in the coming days, according to the organisers.